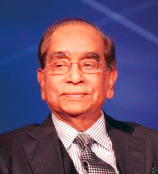 Mr. Hossain Toufique Imam had been associated with UCEP Bangladesh since 2003.

Born on January 15, 1939, Mr. Imam grew up in several districts as his father, a public servant, was transferred frequently. He passed his matriculation exams from Dhaka Collegiate School and intermediate exams from Pabna Edward College. He completed his under graduation in Economics from Rajshahi University and obtained his Master’s Degree from the University of Dhaka. He had a postgraduate degree in Development Administration from the London School of Economics.

He graduated from the University of Dhaka in 1959 and took a postgraduate degree in the next year. He had a PhD degree from London in 1966.

He has written seven books and 35 research articles. He was the Chairman of the Bangladesh Center for Research and Planning (BCRP). He also served as Member of the University Grants Commission (UGC) of Bangladesh.

Ms. Luna Shamsuddoha was associated with UCEP Bangladesh since 2009.

A trailblazer as a female Bangladeshi entrepreneur, she was the Founder and Chairman of the renowned software firm Dohatec New Media and the Founder and President of Bangladesh Women in Technology (BWIT). She was the first female Chairman of the state owned Janata Bank Limited, a Director of Agrani Bank Limited, a Board Member of the SME Foundation and a member of the Board of Trustees of the Independent University Bangladesh. She was also a member of the Council of Global Thought Leaders on Inclusive Growth, Switzerland and the Global Advisory Council and Strategic Partner of Thinkthrough Consulting, India.

She received the Bangladesh Business Award-2017 for her contribution to the country's economy and was honored with the Anannya Top Ten Awards for her work in the local software industry as a female entrepreneur. She has been featured on global forums on technology, e-Governance and women's economic participation and empowerment.

Professor Muhammad Anwarul Haq Khan Majlis was one of the founding members of the UCEP Association and served two terms as a Member of the Board of Governors. He was the former Director of BANBEIS and served as the Board or Council Members of various welfare organizations.

Professor Husniara Huq was associated with UCEP Bangladesh since 2000.

Prof. Huq was a teacher of Department of English at University of Dhaka for a long time.

She was the daughter of Sir Azizul Haque, and wife of Rtn Azizul Huq, a former district governor. Prof Husniara Huq continued commitment to improve people’s wellbeing as an educator and philanthropist.

Mr. Md. Ferdouse Khan had been associated with UCEP Bangladesh since 1992.

He was the Additional Secretary of Ministry of Education.

Ms. Niloufer Mahmood had been associated with UCEP Bangladesh since 1992.

She was an educationist and social worker. She graduated from Dhaka University in Geography and obtained a second Master’s in Child Psychology from Oklahoma State University.

She was an EC Member of United World College (UWC Bangladesh National Committee), the education secretary WVA and a Chartered Member of Rotary International.

After retiring from the Army, he founded PRAN-RFL Group. In 1981, he founded RFL (Rangpur Foundry Ltd) to make irrigation pump. In 1985 he founded PRAN to produce agro products. By 2016, PRAN products were exported to 130 countries. He was the founder president of Real Estate and Housing Association of Bangladesh (REHAB) and Bangladesh Agro-Processors' Association. 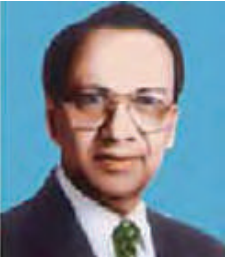 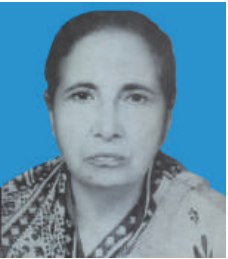 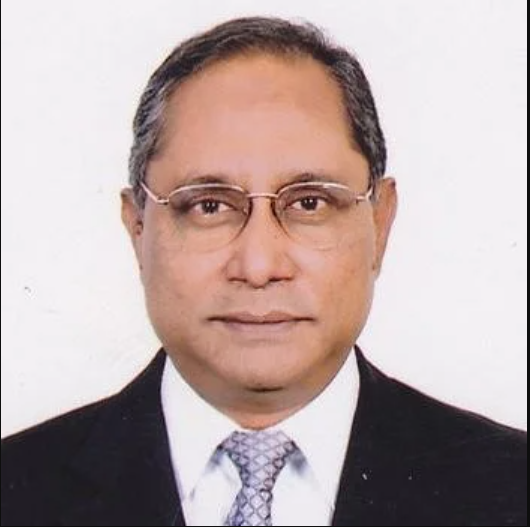 Brigadier General (Retired) Aftab Ahmed, former Executive Director of UCEP Bangladesh passed away on 14 May 2020.Late Mr. Ahmed served UCEP Bangladesh from 18th August 2002 to 31st December 2013 and played a critical role in its growth and development during his tenure.

Mr. Ahmed was a graduate in Electrical and Electronics from Bangladesh University of Engineering and Technology (BUET). He started his career with Pakistan Military Academy and received a commission in the electrical and mechanical engineering corps. Later, he was promoted duly to the position of a Brigadier General in Bangladesh Army. He also worked as the Managing Director of Bangladesh Machine Tools Factory. Mr Ahmed had some higher training in the US, Germany and Japan. During his tenure, UCEP Bangladesh activities were extended to all divisional cities of the country. He worked with UCEP Bangladesh for 11 years and retired on December 31, 2013. Then he joined as the Chief Executive Officer of Center for Excellence, Bangladesh Apparel Industries and as an Adviser to The World Bank. Then he joined as the Director (Skills Development Program) of brac.

He left behind a son and a daughter and countless well-wishers.